I am proud to share our September 2021 monthly market report. Our goal is to provide high-quality and easy-to-use information to guide our clients with a strategic perspective to real estate.
This has been a landmark year for real estate when we benefited from an increase in interest in our markets. At The Kedersha Group and ONE Sotheby’s International Realty, we have helped our clients harness this dynamic environment. A key part of that is opening doors to referral opportunities among the 24,000 sales associates affiliated with the Sotheby’s International Realty brand, in Florida and around the world. 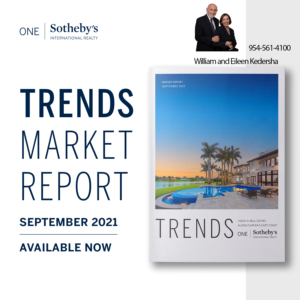 Click the Photo to the left or the link below

END_OF_DOCUMENT_TOKEN_TO_BE_REPLACED

The Benefits of Homeownership May Reach Further Than You Think

More than ever, our homes have become an integral part of our lives. Today they are much more than the houses we live in. They’re evolving into our workplaces, schools for our children, and safe havens that provide shelter, stability, and protection for our families through the evolving health crisis. Today, 65.3% of Americans are able to call their homes their own, a rate that has risen to its highest point in 8 years.

June is National Homeownership Month, and it’s a great time to reflect on the benefits of owning your own home. Below are some highlights and quotes recently shared by the National Association of Realtors (NAR). From non-financial to financial, and even including how owning a home benefits your local economy, these items may give you reason to think homeownership stretches well beyond a sound dollars and cents investment alone.

Owning a home brings families a sense of happiness, satisfaction, and pride.

Buying a home is also an investment in your family’s financial future.

Homeownership is even a local economic driver.

The benefits of homeownership are vast and go well beyond the surface level. Homeownership is truly a way to build financial freedom, find greater satisfaction and happiness, and make a substantial impact on your local economy. If owning a home is part of your dream, let’s connect today so you can begin the homebuying process. 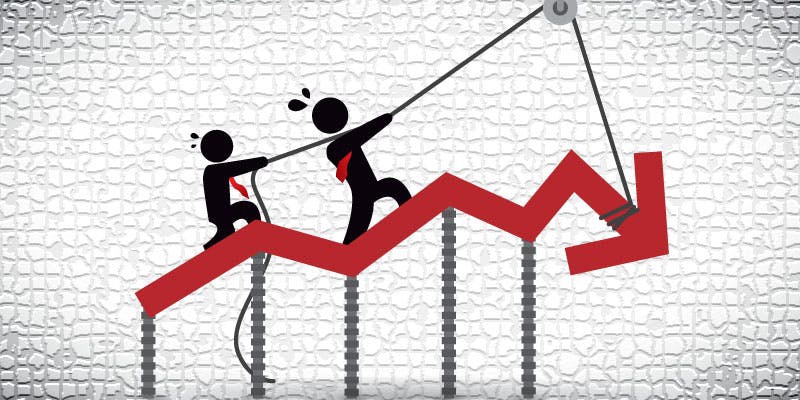 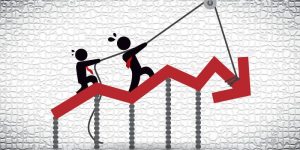 Recession Fears may be Exaggerated

The Housing and Mortgage Market Review (HaMMR) by Arch Mortgage Insurance Company has found that Housing Market Trends are now nearly the complete opposite of conditions in the months prior to the Great Recession, according to Dr. Ralph G. DeFranco, global chief economist for Arch Capital Services.

Research on how past recessions affected home values shows current conditions will have a less severe impact on housing than the recession in 2008 did. DeFranco says “A recession is inevitable at some point, but it’s likely to be far less severe for the housing market than the Great Recession,” He goes on to say that “We estimate that the current market is underbuilt by 1 million or more homes, buyers are more cautious and loan quality is far higher. In 2007, conditions were completely flipped: housing was hugely overbuilt, speculative demand was off the charts and the market was awash with high-risk loan products.”

Franco further states, that the quarterly Arch MI Risk Index, a statistical model based on nine indicators of the health of local housing markets, suggests that the probability U.S. home prices will be lower in two years is 9 percent, an increase from 6 percent in the previous study.

In Florida, an Arch index infographic suggests that Florida home values have only a 6 percent chance of declining in two years. However, a higher risk (25 percent) in Miami suggests the chances are even lower in the rest of the state.

Comprehensive Buyer or Seller’s 65 Pages Each

Available for a Limited Time Only

Would you like to update your current property value or your neighbors? Just click Home Valuation Report!

Cheaper home prices and lower mortgage rates are luring more Floridians back into the housing market, but the same story isn’t playing out nationally.

Florida’s existing home sales rose 24 percent last month, the fifth consecutive month to show an increase in activity, according to the Florida Association of Realtors.

Nationwide, however, sales of existing homes fell 5.3 percent in January to their lowest levels in nearly 12 years.

What’s good news for buyers is bad for sellers, as foreclosures continue to depress home values.

The national median sales price for existing single-family homes in December 2008 was $174,700, down 14.8 percent from a year earlier, according to National Association of Realtors.

“It appears some buyers are taking advantage of much lower home prices,” NAR Chief Economist Lawrence Yun said. “The higher monthly sales gain and falling inventory are steps in the right direction, but buyers will continue to have an edge over sellers for the foreseeable future.”